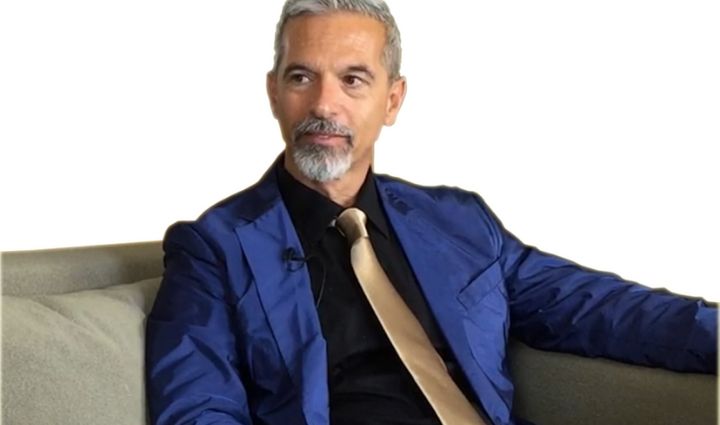 To see the slides that go along with Dr. Ruggiero’s talk, visit http://www.sophiaeducate.com/vulnerability/.

Having held his PhD in molecular biology since 1987, and the Chair in molecular biology at the University of Florence from 1992 to 2014, Marco has unequalled insight into the way the cells in our bodies function. His work continually pushes the boundaries of what we know about the human body and how to optimize life itself.

Over the past few years Marco’s passion has been the human microbiome. He is credited with having coined the term ‘Your Third Brain’ to describe this newly found organ of ours. Following came his discovery of ‘the fourth brain’ used to describe the array of microbes that reside inside the brains in our heads, whereas it was previously believed within the scientific community that the brain was a sterile environment.

His recent innovation, Immortalis Klotho Formula (IKF) represents the culmination of a lifetime of work. IKF  is an innovative product that has no equals. The only product formulated on the concepts of quantum biology and relativistic time dilation, Immortalis Klotho Formula targets the genes that are in control of the thread of life, ie: Klotho. Furthermore, IKF reproduces the primeval arrangements of molecules and microbes that gave rise to life on earth and were responsible for human evolution.

Marco and his team also brought the Bravo probiotic to the world, which reconstitutes the human microbiome by introdcuing the same 42 strains of microbes that we receive at birth. This assemblage of microbes coupled with the fermentation process of colostrum and milk rebuilds the immune system and continues to see unprecedented results. He is also the inventor of Rerum, a powerful, non-protein Macrophage Activating Factor (MAF) and, alongside the renowned Dr Dietrich Klinhardt, developed the Ruggiero-Klinghardt Protocol which represents a paradigm shift in diagnostics and therapeutics.

According to a paper of his published in 2017, “as we slow down the passing of time at the level of DNA, everything about medicine will be revolutionized. Cells will have time to repair damages to the genome and the epigenome, diseases will be cured from the inside before they manifest themselves, and humans will be entitled to live without aging” (J Neurol Stroke, 2017 7(7): 00263. DOI: 10.15406/jnsk.2017.07.00263).

In 2017, he published a paper entitled “A Novel Approach to Klotho Aimed at Delaying and Reversing Aging” where he described the role of the anti-aging gene Klotho as is relates to time dilation and quantum entanglement (BAOJ HIV 2017, 3: 02).

Dr. Ruggiero lives in Arizona with his research partner and wife, Dr Stefania Pacini, MD, PhD where he continues his epochal research for the betterment of humanity.