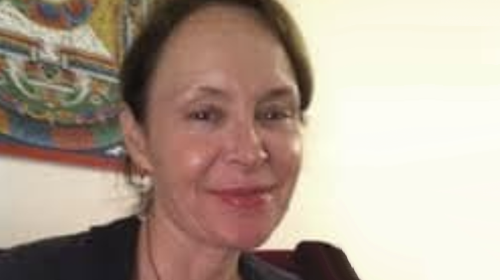 I began studying alternative therapies in Australia in the early eighties. I originally trained in Shaitsu and macrobiotics. This lead me to an interest in Chinese medicine and I obtained a Diploma of Acupuncture in Sydney in 1984 and a Doctorate of Oriental Medicine from the Zheijiang Medical Research Institute in Huang Zhou, China in 1985.

In 1986 I went to live in India in an ashram to pursue my lifelong interest in meditation. While there I participated in a multidisciplinary healing center. It was there I met Peter Mandel, German naturopath and creator of Esogetic therapies. He was invited to teach at the ashram and I joined those trainings and have continued to study with him and follow the evolution of his work since that time. In 1993 I came to the USA and co-founded Esogetics USA and began to teach trainings nationwide. I’m also trained in the Somatic trauma release therapy of Peter Levine and find this work supports the processes of Esogetic therapies.